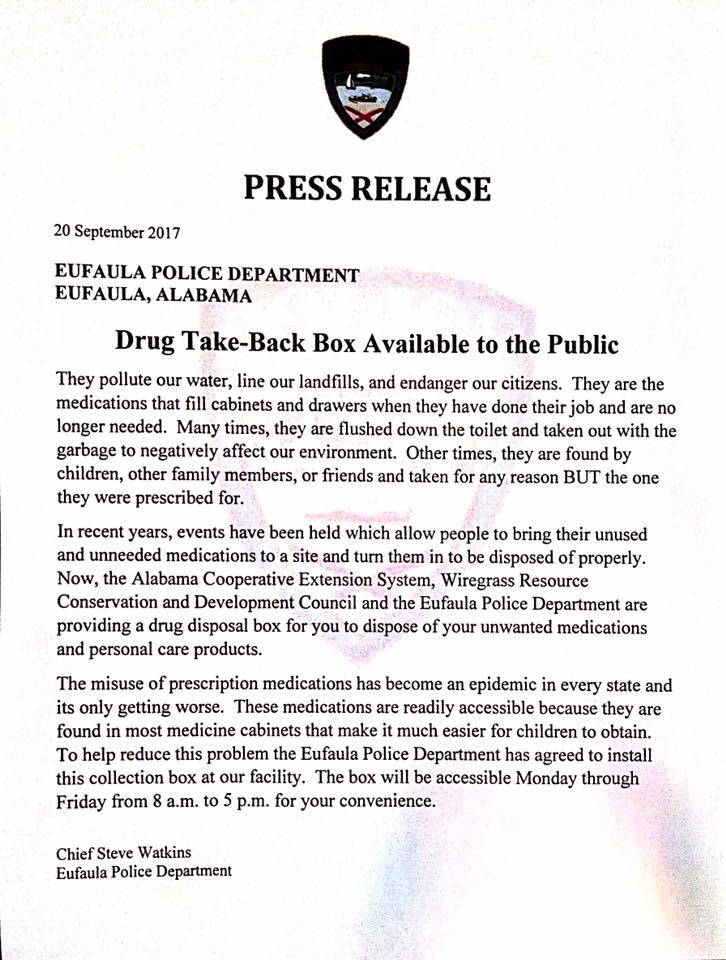 MainStreet Family Urgent Care- Eufaula is pleased to support the placement of the Drug Take-Back Box inside the Eufaula Police Department’s facility.

Drug Take-Back Box Excitement: The Eufaula Police Department, with the support of the Alabama Cooperative Extension System and the Wiregrass Resource Conservation and Developmental Council, have placed the prescription drug drop box in the facility officially on September 20th. The public may begin dropping off their unwanted medications anytime on Monday through Friday from 8a.m. until 5p.m. 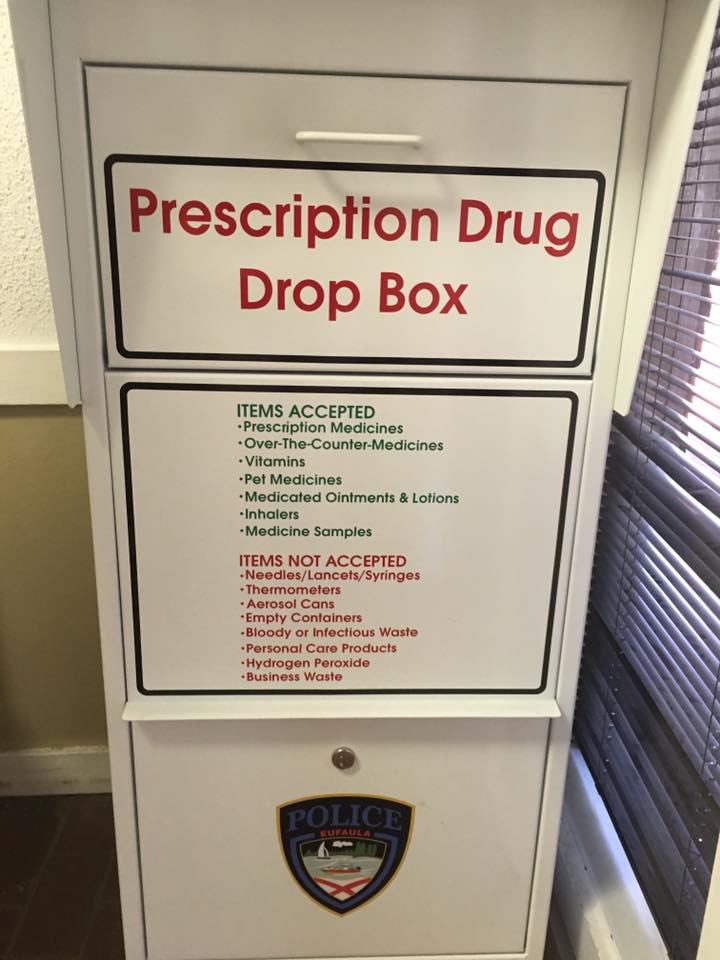 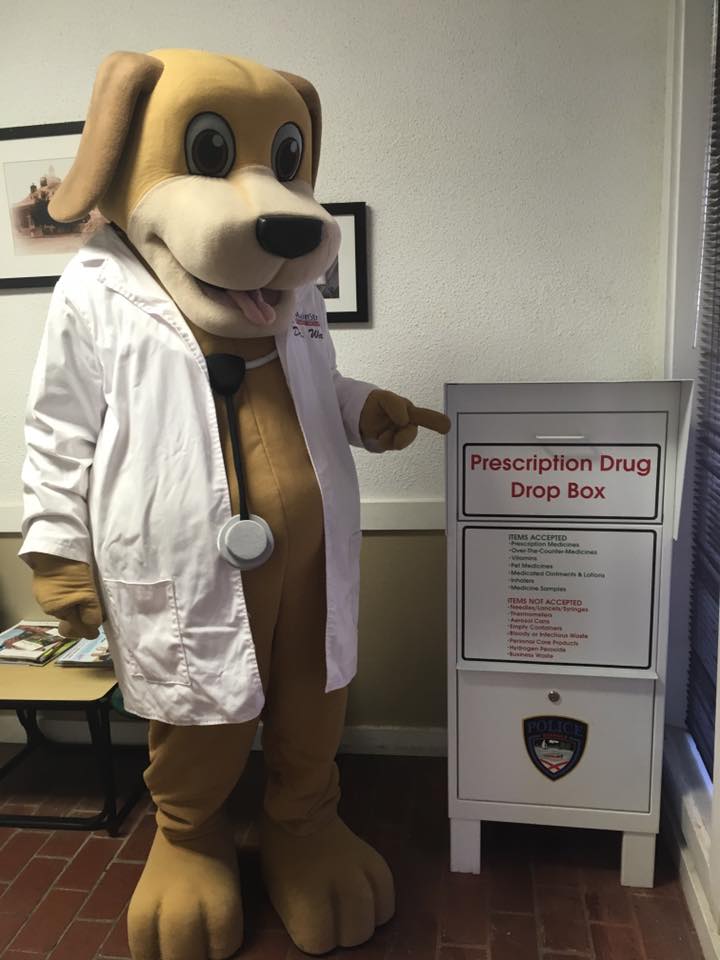 The need for this prescription drug drop box was seen last year, according to Chief Steve Watkins, as the Eufaula Police Department collected 28 lbs of prescription drugs at their Prescription Drug Take-Back Event. This drop box is a wonderful alternative to the previously held event, as citizens of the community can remain anonymous when disposing of their unwanted medications. Unwanted medications have long been a source of problem across the United States, causing water and land pollution and endangering citizens. This drop box seeks to curb accidental or criminal use of old medications, remedying these issues we face in our community. 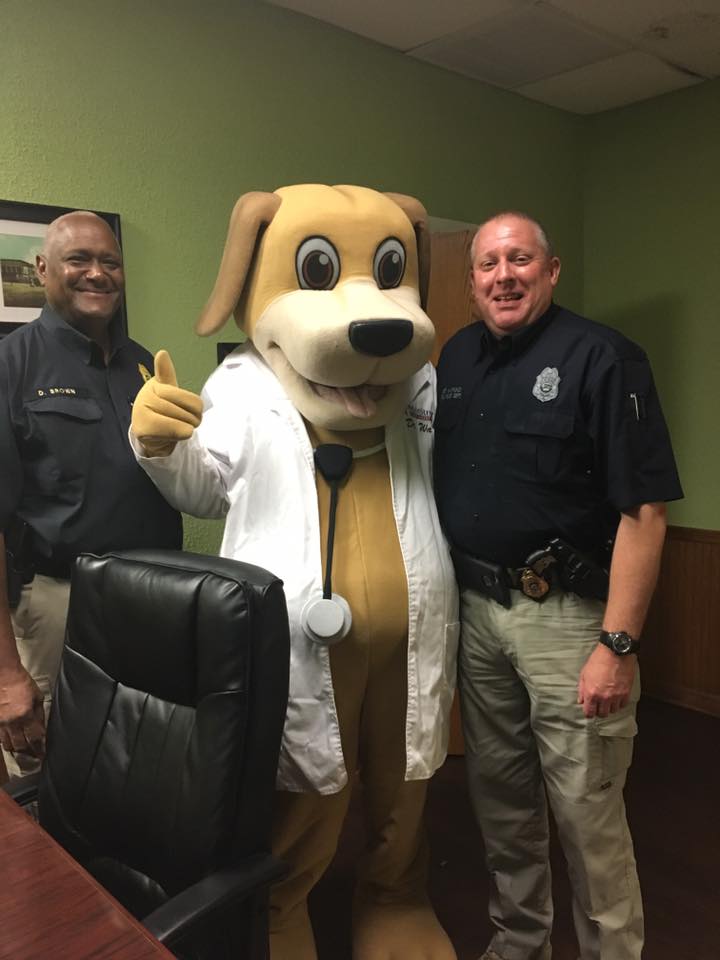 Dr. Wags poses with Officer Brown and Chief of Police Steve Watkins while celebrating the placement of the new drug take-back box. 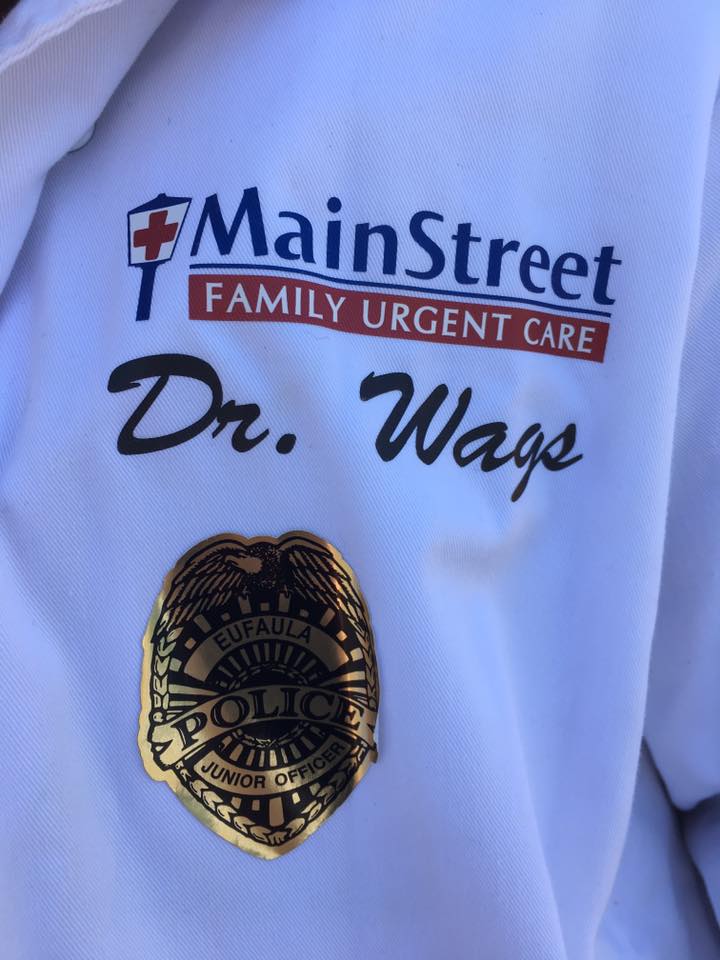 Dr. Wags was named an Honorary Junior Police Officer at the opening of the Drug Take-Back Box!

You can now register online without having to walk into the clinic! Contactless registration is not an appointment. Please ensure you are within 15 minutes of the clinic before beginning registration. If you have further questions, please email us at info@mainstreetfamilycare.com or click below to learn more about online registration.