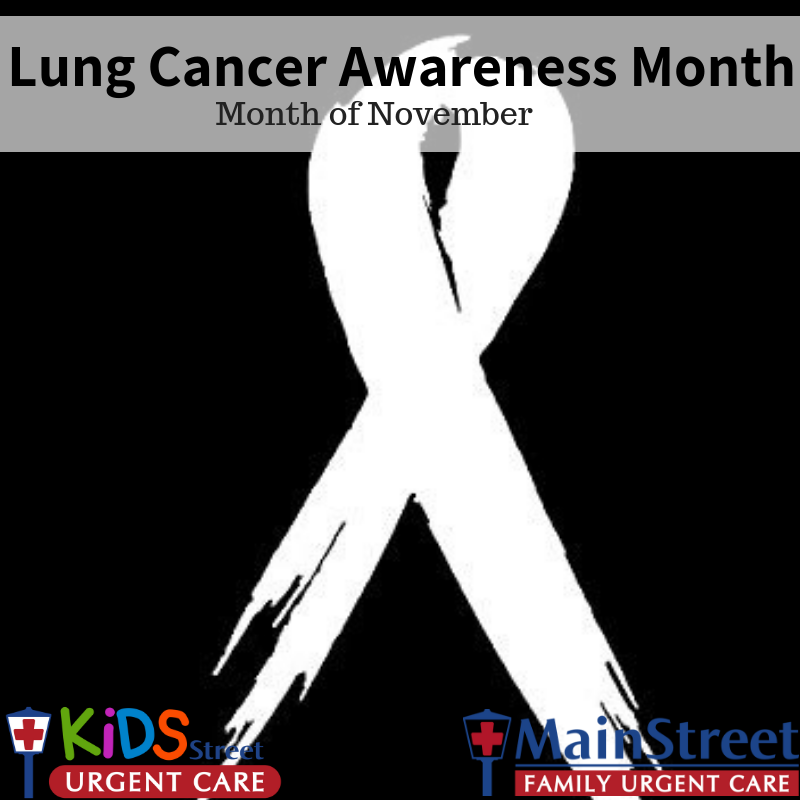 November is Lung Cancer Awareness Month, so what are the risk factors of the cancer?

Exposure to radon and asbestos

While MainStreet Family Care and KidsStreet Urgent Care do not participate in the monitoring of cancer, you can read more on the services we do offer by visiting our websites – mainstreetfamilycare.com and kidsstreeturgentcare.com.